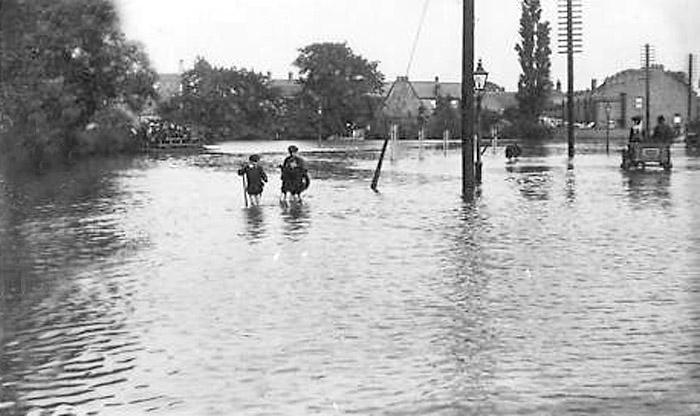 Three images from late August 1912 at the end of a week of heavy rains that caused extensive flooding around the city, no less so than at Stanground where the Lode overflowed to give flood depths of up to four feet on the main road into the city.

The first shot was taken from the Green in Stanground with Church Street on the left and South Street on the right. The mass of bodies on the top left are actually preparing to cross the green on a council run dray – the only dry means to cross the flooded area ! 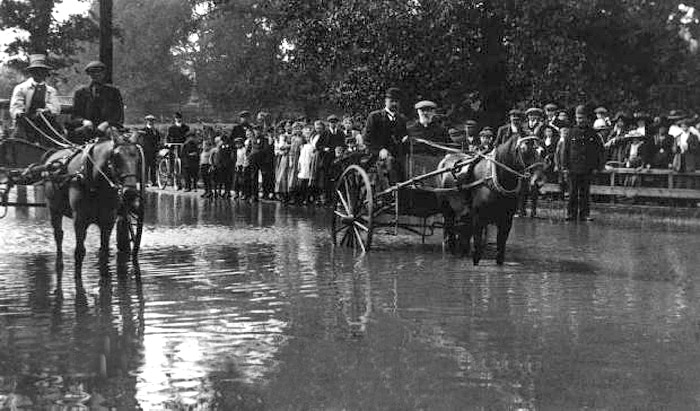 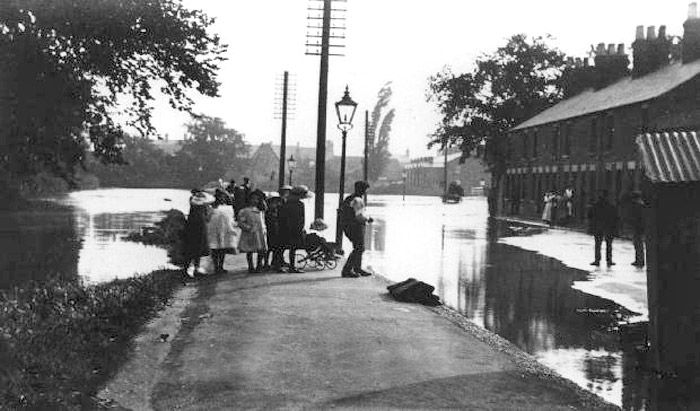