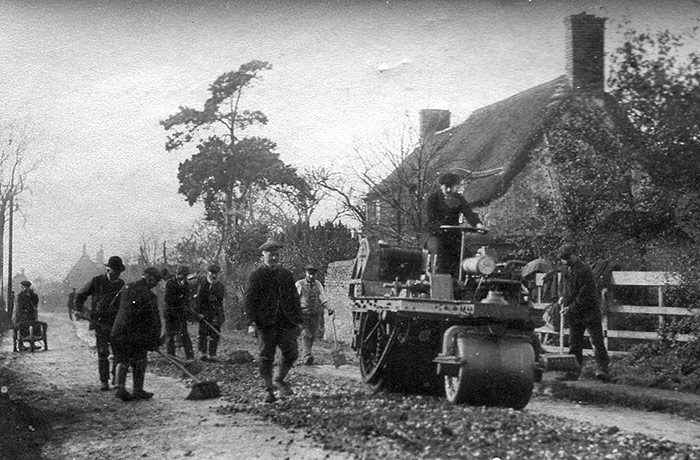 A promotional card from Barford & Perkins showing one of their motor rollers at work somewhere in Peterborough.

The company was formed in 1872 by William Barford and Thomas Perkins and was initially based at the former Queen Street Iron Works in the city. In 1934 they merged with Aveling & Porter to become Aveling-Barford who still operate today.

One of their employees, Frank Perkins who had followed several generations into the family business, branched out on his own in 1932 once it became apparent that the business was in trouble and he established Perkins Engines ….. and the rest, as they say, is history ! 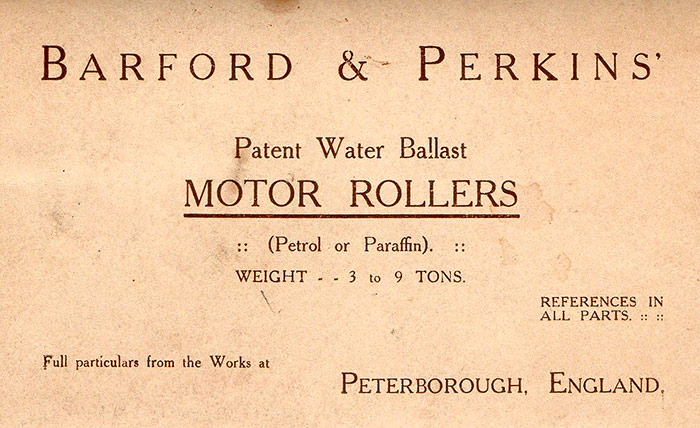