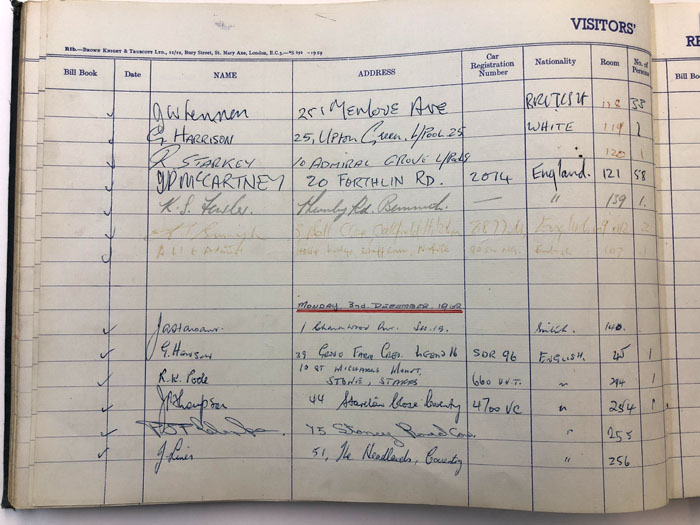 The Beatles had played at the Embassy Theatre on Broadway on Sunday 2nd December 1962 as one of many supporting acts to a show by Frank Ifield. The show promoter, Arthur Howes, had agreed to let the Beatles play second-up for just ten minutes so that he could “appraise” them for himself ….. and he wouldn’t be paying them either ! They had to miss their show at the Liverpool Cavern Club that night for what was their first ever gig outside of their Mersey base. Headliner Frank Ifield thought their act was very good “in spite of the volume” and he found their personal charm was “infectious”.

Unfortunately, at this particular time they didn’t seem to manage to convey that charisma to the 3,000 strong Peterborough crowd ! The band had been steadily growing their reputation throughout 1962, particularly in the north of England, and the experience taught them that not everyone had yet come under their spell. The Beatles were the second act on stage, closing the first half of the show. The other acts, who were better received, were Susan Cope, Tommy Wallis and Beryl, The Lana Sisters, The Ted Taylor Four, and Frank Ifield. The compère was Joe Black.

After the show, the band stayed overnight at the Bull Hotel – the overnight stop of choice for most Embassy stars. In the Beatles Anthology book, Paul McCartney recalled how the Peterborough gig introduced them to stage make-up, “We were playing the Embassy Cinema at Peterborough late that year, very low on the bill to Frank Ifield and below The Ted Taylor Four as well. Ted had a funny little synth on the end of his piano on which he could play tunes like Sooty. He would use it for Telstar – the audience went wild to hear his synth sound. It was Ted that said, ‘You looked a little pale out there, lads. You should use make-up.’ We asked him how. He said, ‘There’s this pancake stuff, Leichner 27. You can get it from the chemist. Take a little pad and rub it on; it gives you a tan. And put a black line around your eyes and lips.’ We said, ‘That’s a bit dodgy, isn’t it?’ He said, ‘Believe me, they will never see it, and you’ll look good.’ Right afterwards we were being photographed for a poster for Blackpool. They had been bootlegging posters, which meant we were obviously getting quite popular, and the poster company said we should do an official one. So they did four squares – one of us in. each square. And you can see the black line around our. eyes. We never lived it down!” 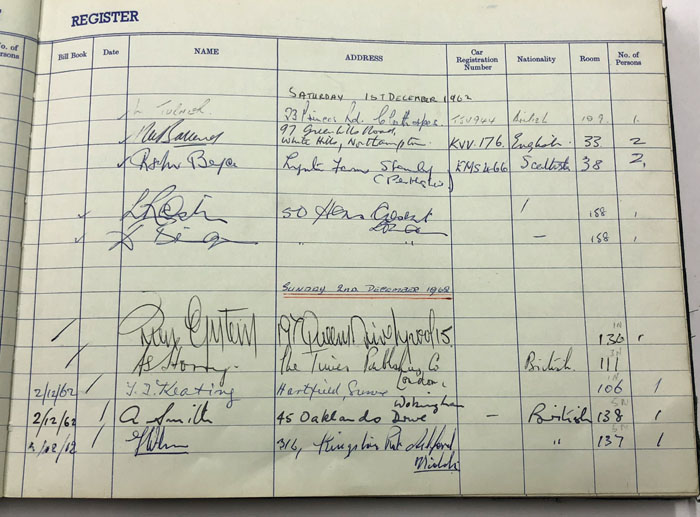