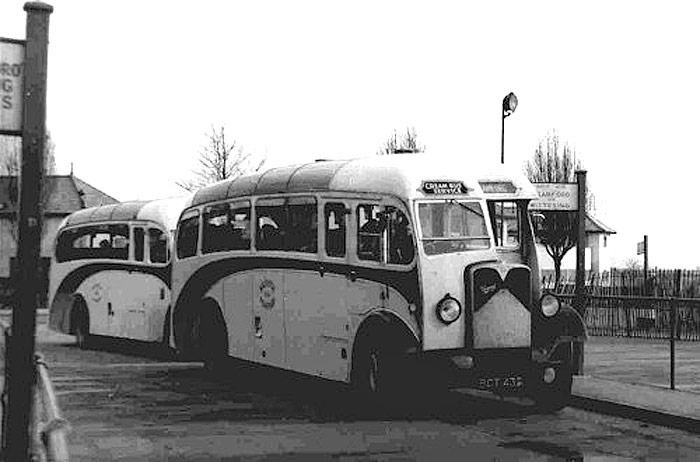 Bishops Road bus station sometime in the 1950s with the Lido just visible in the background on the right.

Alan Watkins adds ….. “These are two vehicles owned by Cream Bus Service, a long established operator who operated out of Stamford.  The first bus is an AEC Regal and judging by the bodywork of the second I would guess that to be a Bedford OB.  Sometime in the mid 50′s I would think.  Cream sold out to Barton Transport who continued to operate their routes for some time”.