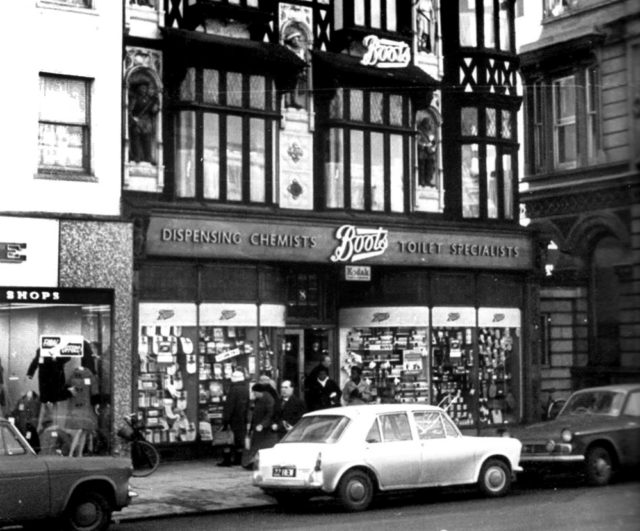 Boots on Church Street off Market Place in the 1960s.

Despite the Elizabethan appearance of the building, it was only built in the early 1900s. This early store was not the company’s first base in the city as they first operated from a base on Westgate between the Bull Hotel and Westgate House.