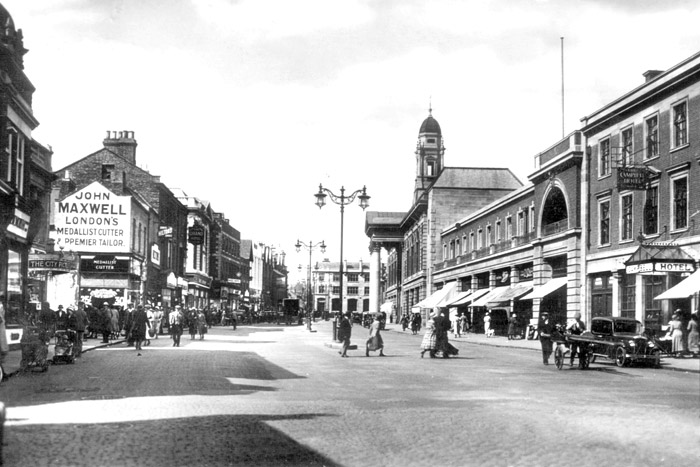 If you look closely on the far left of this image, you will see a sign for the City Picture House which opened in 1927 and closed in 1960, boasting a cafe and an upstairs sprung dance floor no less. It was also the first city cinema to show “talkies” !

The site of the City Picture House became part of the current day Marks & Spencers when the store shuffled along Bridge Street to its current location in 1964.

On the immediate right is the Campbell Hotel, now Mothercare. 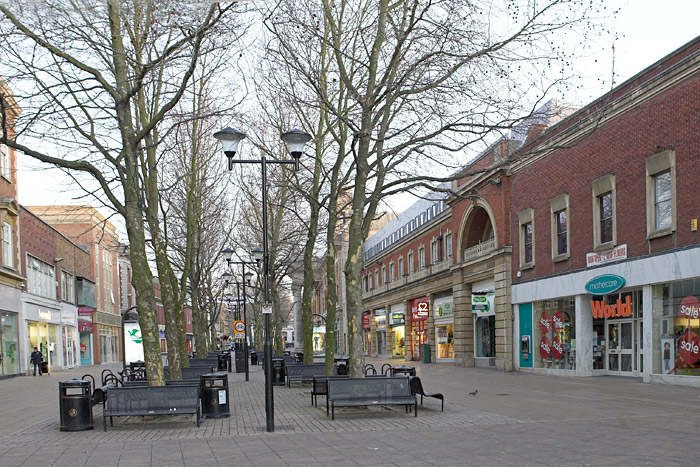