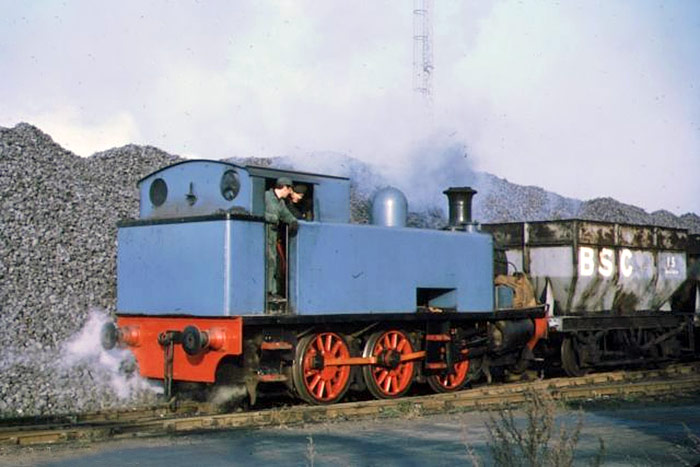 Pictured at work on the British Sugar Corporation sidings in 1970.

The Nene Valley Railway adds “engine No. 1800 was built by Hudswell Clarke in 1947 at about the time when Rev.W Awdry wrote his second book in which Thomas appeared. The little blue engine spent its entire working life at the British sugar Corporations’ Peterborough factory pushing wagons of sugar beet up an incline until the day came when a diesel engine replaced the steam power of “Thomas”. The Peterborough Railway Society purchased this delightful little engine on 9th September 1973 and he was moved to the Nene Valley Railway, where he has since delighted his friends and delighting children of all ages.”