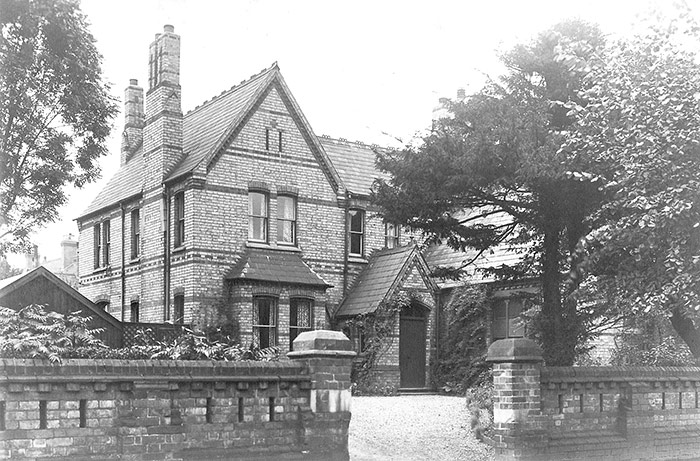 A lovely photo of 28 Cromwell Road, kindly submitted by Graham Martin who added ……

“The photo shows ‘Church House’ – No. 28 Cromwell Road – which was on the corner of Cromwell Road and Bright Street. This was built originally as the curates house for St Marks Church and was attached to the church hall which was mainly in Bright St.  Apparently it was far too big and too expensive to run on a curates income so the church rented out the property.

I went to live there in 1942 with my mother (father was in the RAF) to join her mother and father who had lived there since about 1930. We had left Norwich after having a bomb on the house next door ! Grandfather was the mains engineer at the Peterborough Corporation owned electricity works and later Superintendent when it was all nationalised.

We left in the early 1960’s and grandfather in the late 1960’s. The poor old house had a chequered history after that being eventually converted into flats and finally demolished about ten years ago.”

Looking back at census records, the house was known as Purley House in 1911 and head of house was Surrey born Albert Grinstead who was a schoolmaster at a private school in the city. His wife and daughter also had posts at the school.