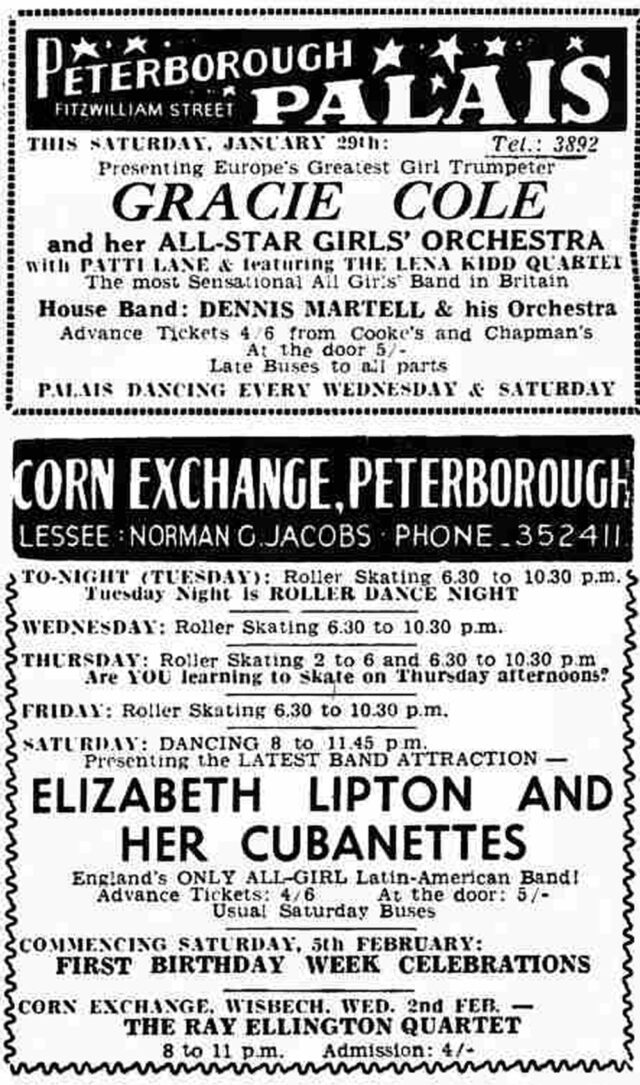 Advertised entertainment for the last weekend in January 1955.

The top advert features the original Peterborough (“Mansfield”) Palais on Fitzwilliam Street where Gracie Cole was topping the bill. Gracie was a popular “jazz/pop” trumpeter and bandleader who headed up her own all girl band and regularly featured on radio in the 1950s.

The Corn Exchange was gearing up to celebrate its first birthday after opening as a dance/music/skating venue under Norman Jacobs in February 1954.