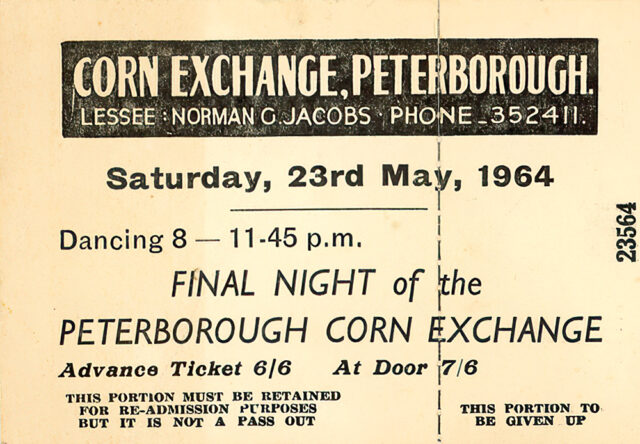 A ticket for the final music event at the iconic early 1960s Corn Exchange. The show took place on the 23rd May 1964 and featured a hastily assembled four band line-up which featured The Ivy League, The Cascades, The Beatnicks and a little known Northampton band called Hurricane Henry & The Shriekers which was fronted by Ian Hunter who was to later rise to stardom as vocalist with Mott The Hoople.

Just over four months later, promoter Norman Jacobs delivered on his promise to launch a new music venue with the opening of the Peterborough Palais on Wentworth Street.