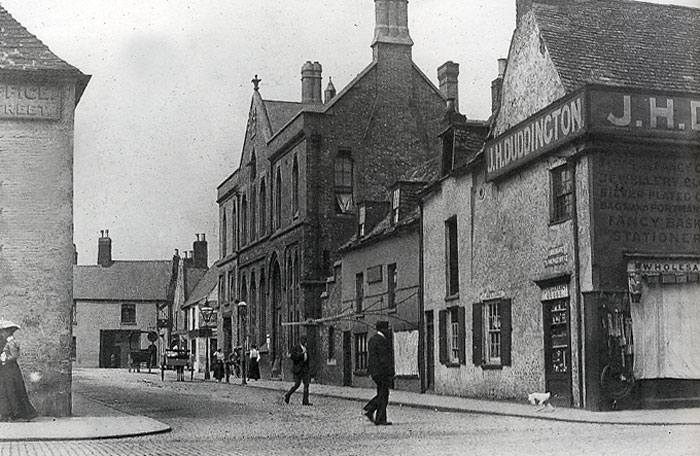 Facing the camera in the background of the original image is the The Still which just about survives today but Cumbergate, despite its short length, actually boasted access to no less than seven pubs !

The large building in the centre of the image was the main Post Office which remained in operation until work started on Queensgate in the late 1970s …… now it would be the Queensgate branch of Boots. 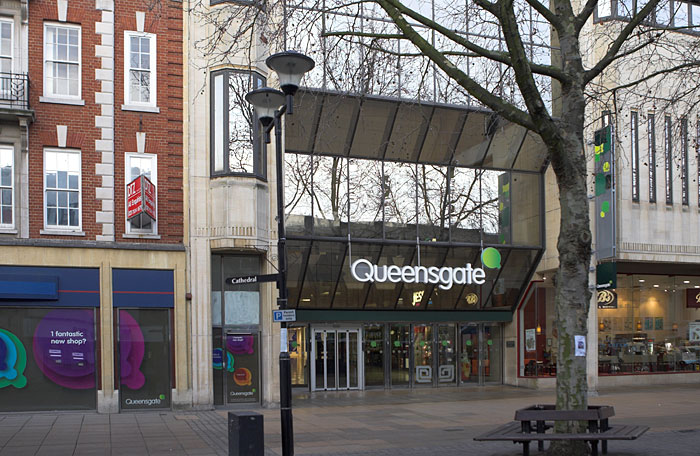