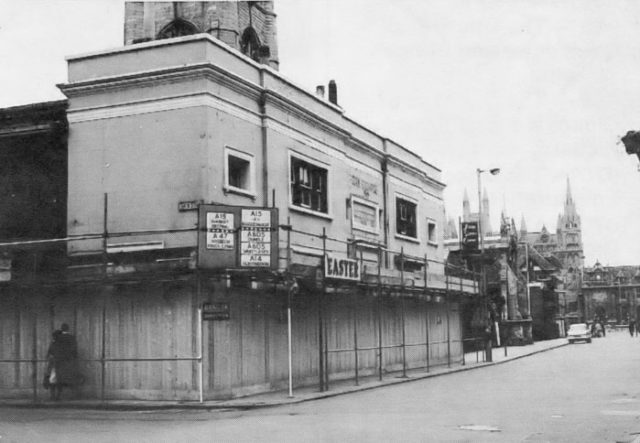 The 1964 demolition of the Corn Exchange building on Church Street, the much loved hub of the local music scene in the early 1960s which played host to the likes of the Rolling Stones.

The site was originally the Kings Patent Theatre from June 1800 before the Corn Exchange was built in September 1948. In 1954, the building was modified to become a popular dance and music hall by music entrepreneur Norman Jacobs but he was refused permission to renew his ten year lease in 1964 causing him to head off down Wentworth Street to open the Palais.

The demolition gave rise to the locally unpopular Norwich Union “egg box” office block which itself was leveled in 2009.