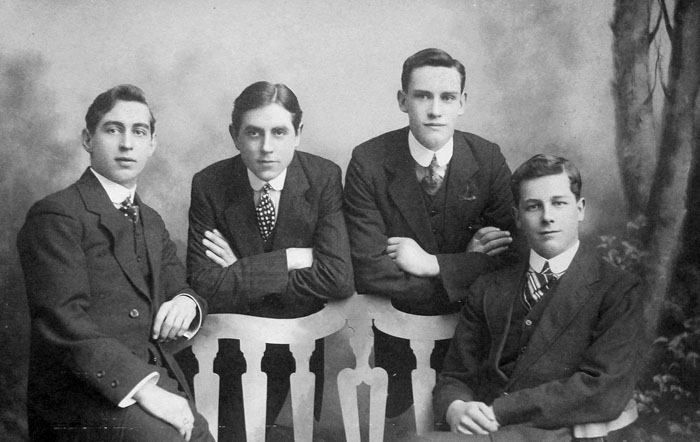 Very unusual to know the identities of any of the many portrait photographs taken in the early 1900s but this photographer has kindly handwritten the names on the back of this one.
They are 22 year old Walter Scott, Gordon Amos, Walter Lansing and 18 year old Harold Goodwin and the photo was taken in 1912 at the studios of Stanley & Co, formerly of 111 Cromwell Road but, in 1912, were operating from a studio in the Mansion House on Westgate.
Scott and Goodwin both saw action in the Great War in 1915 and 1916 respectively. Amos and Lansing would undoubtedly have seen action too but I’ve been unable to find their military records.