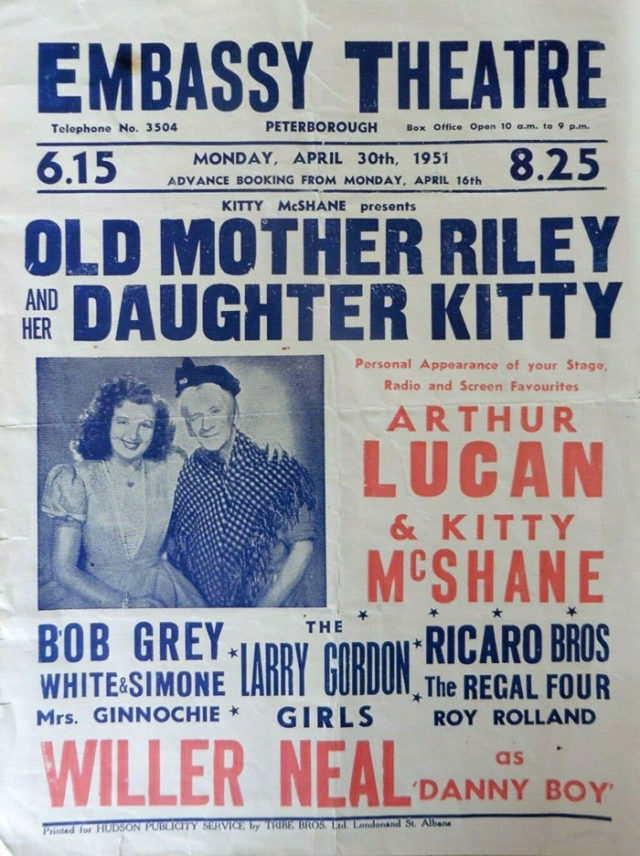 Old Mother Riley was a fictional character portrayed from about 1934 to 1954 by Arthur Lucan and from 1954 to the 1980s by Roy Rolland as part of a British music hall act.

Roy Rolland was Lucan’s understudy and stand-in, and after Lucan’s death in 1954 he continued to play the Old Mother Riley character in pantomime, on television and in cabaret until the 1980s.

The character and show exist in a comic lineage that extends to Mrs. Brown’s Boys today.