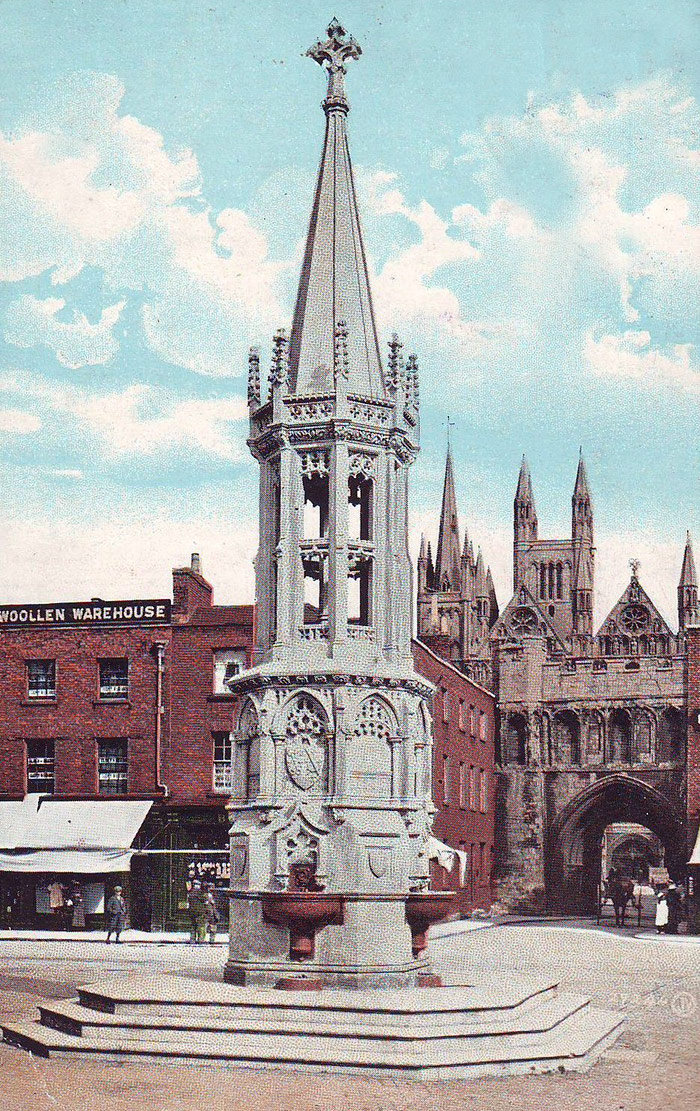 A nice close up from around 1906 of the Gates Memorial on Market Place. The memorial was a gift to the city in 1898 from Mrs Gates, the widow of the late Henry Pearson Gates. She presented the fountain to the Mayor and asked him to accept it on behalf of the present and future inhabitants of the city. It was hoped that the fountain would provide refreshment to the wayfarer and the weary.

Henry Pearson Gates was born on October 20th 1813 and died on May 6th 1893. During his lifetime he achieved many great things and was a prominent figure in the city; he was the first Mayor of Peterborough and he held the position on 3 separate occasions. He was the official secretary for the Bishop for nearly 25 years and the High Bailiff of the city, as well as the High Sheriff of Hunts and Cambs. He also generously contributed to the Cathedral, having also been a member of the Kings School.

In 1967, the memorial was moved – minus its drinking fountains – to its current home at Bishops Road gardens.