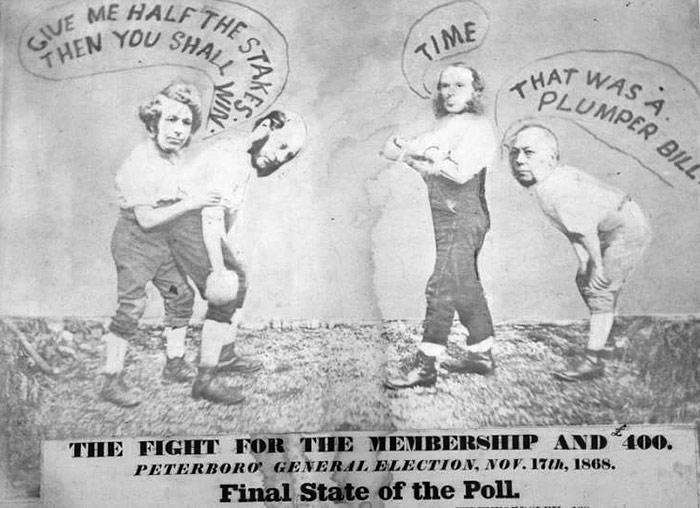 Two wonderful posters from the General Election of 17th November 1868.

Peterborough was represented by two members prior to 1885 and the two victors in 1868 were both Liberals, William Wells and George Hammond Whalley. Third place was also a Liberal, Thomson Hankey (elected in 1874) and fourth place was conservative Henry Wrenfordsley who, after failing in politics, emigrated to Australia to become Chief Justice of Western Australia in 1880. 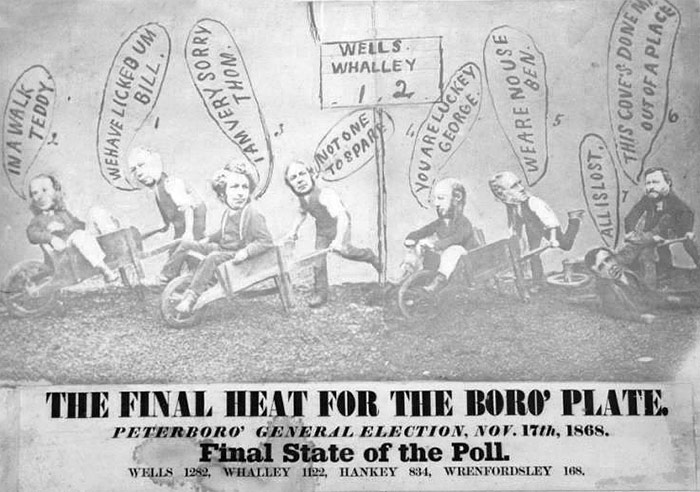