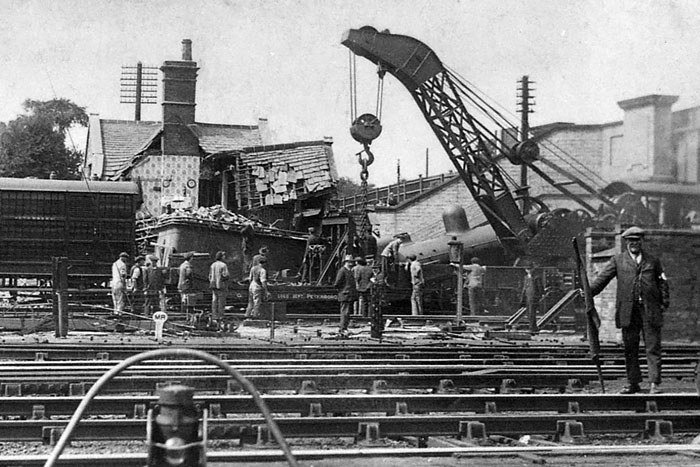 At 9:45am on Monday 14th August 1922, a runaway Midland and Great Northern Railway locomotive smashed into a brake van standing at the buffers and powered it and its own tender through the lineside house of railway controller Ernest Cole and family, coming to rest in the kitchen.

Ernest’s invalid wife was asleep in the room above the kitchen – see upper right in lower image. She crashed through the floor and landed in the debris below but escaped with cuts and bruises and, not surprisingly, suffering from shock.

Ernest’s ten year old daughter escaped unhurt, as did his 75 year old mother in law who was found pinned in the pantry and in severe shock. Cole himself had just left the bedroom when the crash occurred.

The engine driver and fireman had jumped from the engine just before impact and escaped unhurt.

The location in the images is just south of Crescent Bridge which you can see far right in the top image. 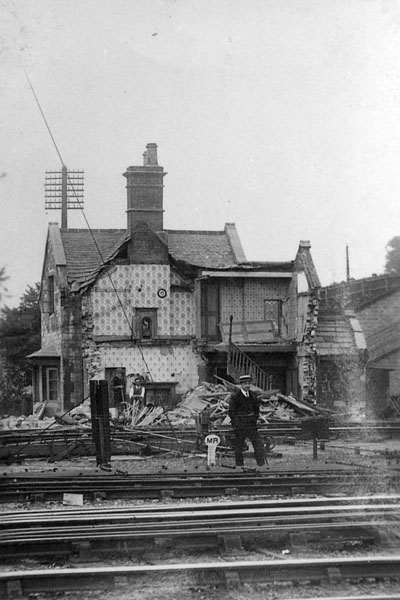 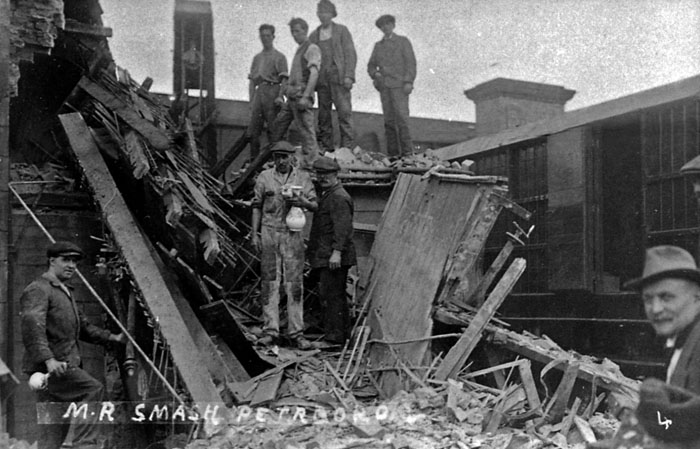 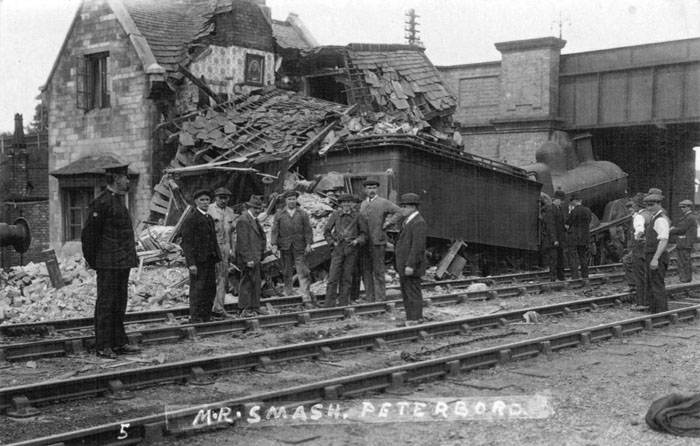 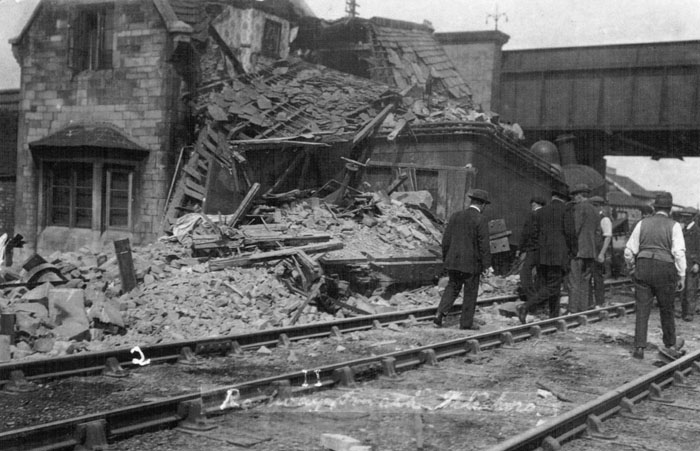 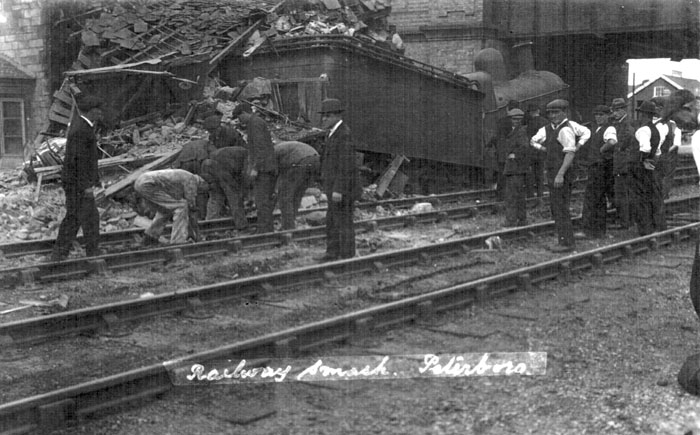 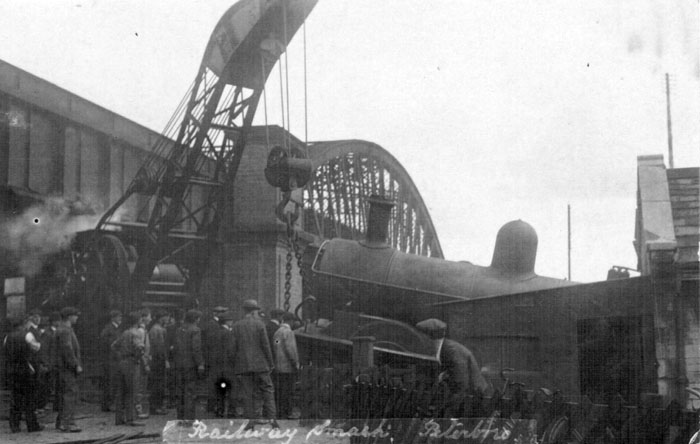