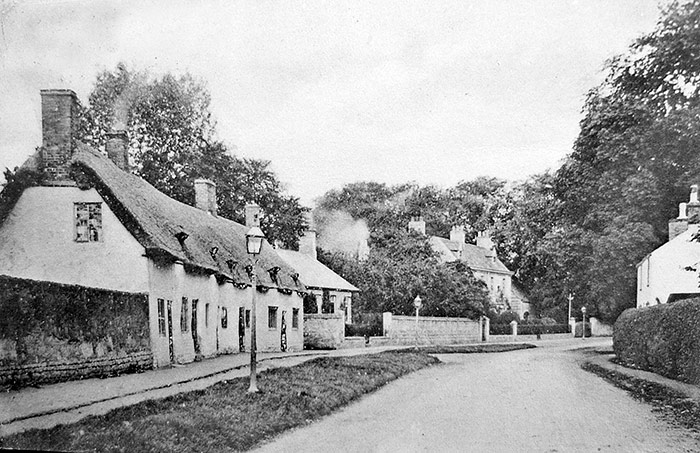 Many thanks to William Wade for this undated image of Deeping High Street.

William adds, “I thought you might like this photograph of the High Street, Market Deeping. The house on the right was called “The Park” and belonged to my family. The next one along was a solicitors office (now demolished) called Sharpe and Wade and built for my great grandfather. The next row of brick houses was built to replace a row of thatched cottages which was demolished for the widening of Godsey Lane (then Tinker’s’ Lane). The photograph was taken before the War (probably the 1st) as the railings went to aid the war effort.”