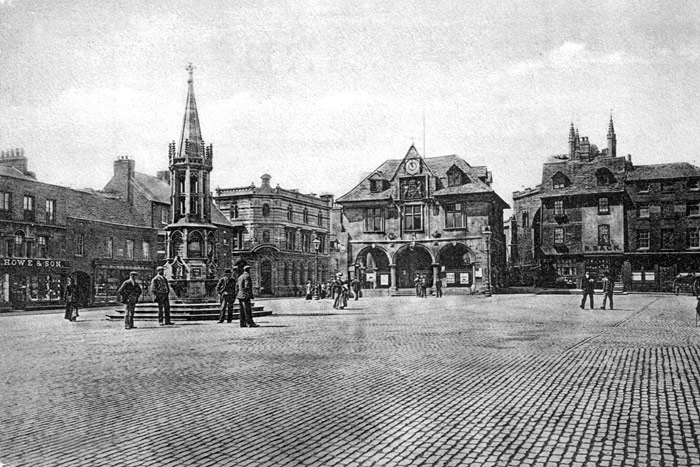 Looking across the cobbled market square to the Guildhall building which was built in 1671 and later served as the Town Hall from 1874 up until the opening of the current building in 1933.

The buildings to the right of the Guildhall include the Ratings Office and Robert Back the watchmaker …… both buildings were demolished in 1923 and were replaced by underground public toilets.

The square hosted the old Saturday and Wednesday markets right through from the middle ages to the early 1960s.

Note the ornate and decorative “Burger King” building in the recent image, this was built in the early part of last century as an early Boots The Chemists store …… even though it looks a lot older ! 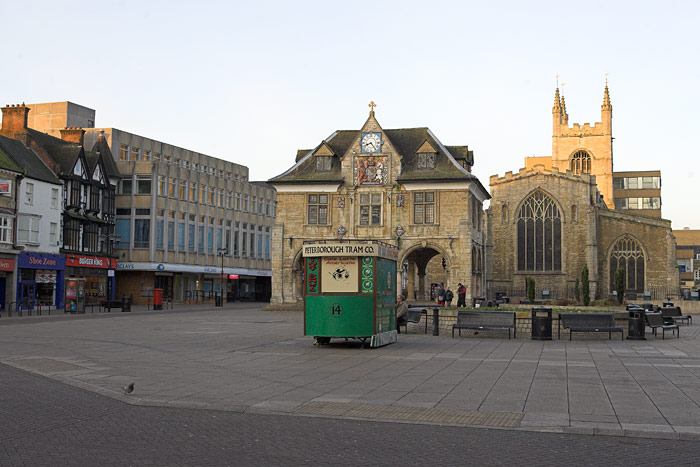