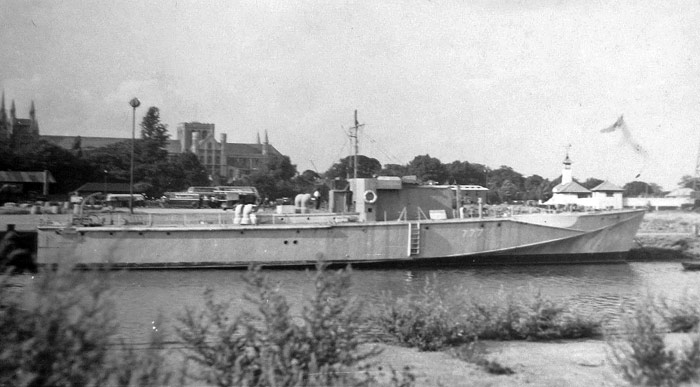 A wartime motor torpedo boat berthed on the Embankment in 1946.

The wooden-built veteran of European hostilities arrived at Peterborough under tow from a small steam-tug which normally pulled one of the last ‘gangs’ of Fenland lighters.

It was a familiar site on the river between 1946-1951 and was deemed to be on “special duties”.  The Admiralty was keen to “promote sea-mindedness” and 777 acted as HQ for the Sea Cadets, moored alongside the Customs House.

During wartime, the wooden boat had seen active service (1945) on the Dutch and Belgian coasts. Disarmed and without engines, the 777 remained, nevertheless, a naval vessel until disposed of by the Admiralty in the early 1950s.