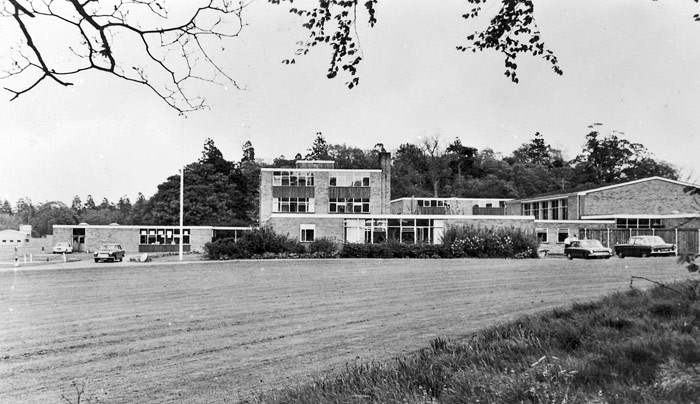 Orton Longueville School pictured in 1971 just after the two schools that were previously located on the site were merged.