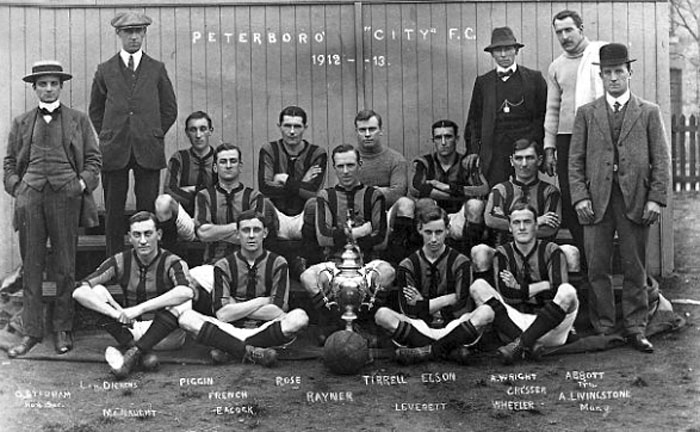 Peterborough City FC posing for the cameras in the 1912/13 season.

The club were the major force in the city at the time but at the start of the WW1 were in financial trouble. They never re-formed after the war was over.