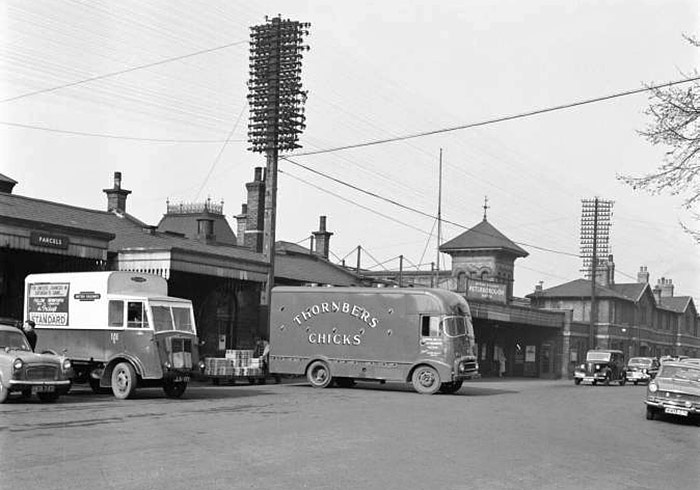 Superb image showing the busy frontage of Peterborough North station in 1961 and featuring a Thornbers Chicks vehicle. Thornbers were based up north in the Calder Valley and were the countries biggest poultry breeders throughout most of the century.

SP Kelly adds, “I worked for Thornbers from 1962 as a driver and the van in the photo was one of ours and driven by a big fellow named Evelyn Goodall. I have also driven that van and many other vehicles they had. Those boxes being unloaded each contained 100 day old chicks from a Thornbers unit in Peterborough.”