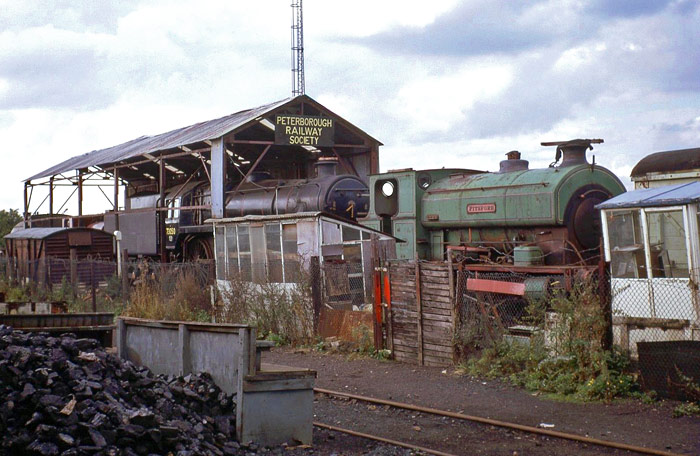 The Peterborough Railway Society base at the BSC sidings in October 1973, the year before the Nene Valley Railway was purchased and leased to the group.

In the background is Peterborough City Council owned BR Class 5 #73050 later named “City of Peterborough”. In the foreground is Avonside 0-6-0ST #1917 ‘Pitsford’ which moved on to South Yorkshire’s Elsecar Heritage Railway later in 1973 where it is currently (2016) awaiting an overhaul.