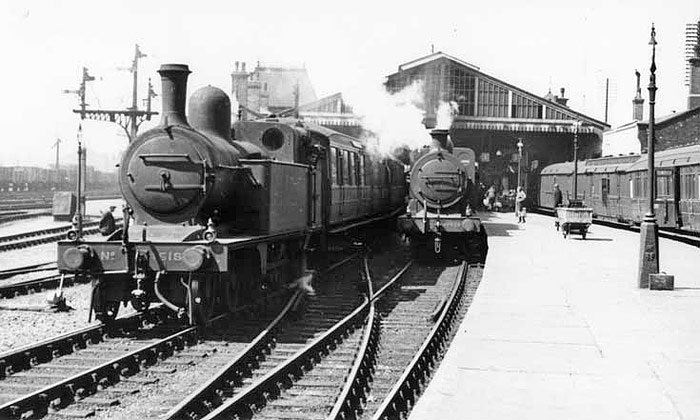 The two Ivatt 4-4-2T engines that acted as station pilots at Peterborough North station. The main role of the pilot engines was to move coaches in and around the station, making up trains and removing others to storage.

Thanks to Geoff Sutton for the following correction, “only one loco is a C12 4-4-2 tank loco (No 4518). The right hand loco is an ex-M&GN 0-6-0 loco (no series 4156 to 4167) and generally would work on the line to Wisbech and beyond via the Rhubarb bridge. Part of the duties of the C12 tanks was to give a push to northbound passenger trains to get them on the move after their station stop and it looks as though that is what is happening here.”