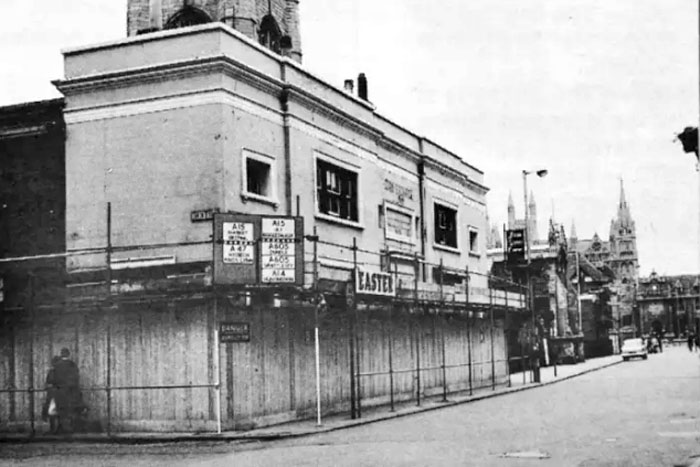 The eve of destruction for the old Corn Exchange building in 1964 after it had served the city for ten years as a major music venue under the management of Norman Jacobs.

Building owners Norwich Union refused to extend the lease, leaving Jacobs to set up the Peterborough Palais as the new music venue for the city. The last band to play the Corn Exchange was The Ivy League on 23rd May 1964.