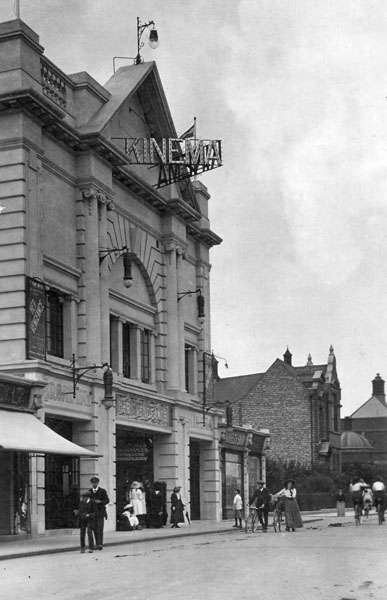 The Kinema Theatre on Broadway. Built in 1910, it was originally named The Gaumont before being extended and renamed as The Kinema in 1913. The first talking films appeared here in 1929.

In 1961 it was renamed back to The Gaumont but only survived a further two years before being closed in 1963 albeit the building survived until demolition in late 1983. 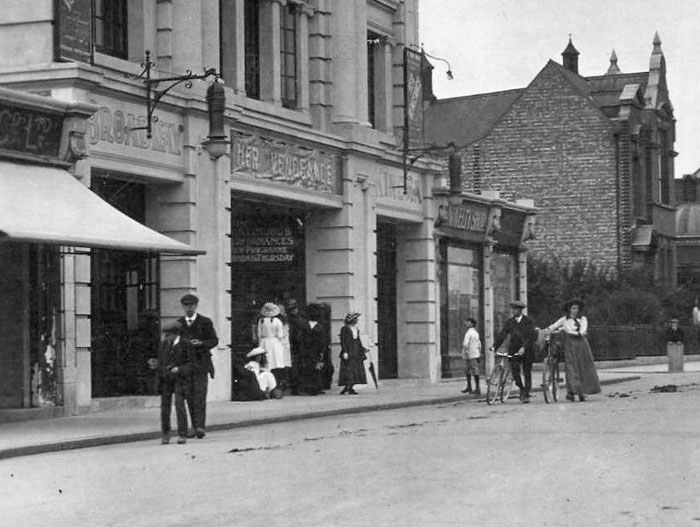