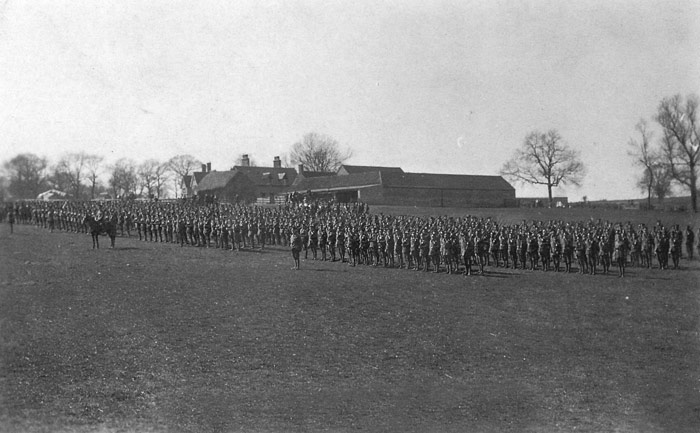 The top image is marked as being at Wansford. The 2/5th Battalian were formed at Bury St Edmunds in October 1914 as a Second Line battalion. They became part of 208th (2nd Norfolk and Suffolk) Brigade in 69th (2nd East Anglian) Division. On 18 September 1917 they transferred to 202nd Brigade, 67th Division and in April 1918 they were disbanded.

The lower image clearly is at Wansford as troops cross the famous narrow river bridge. 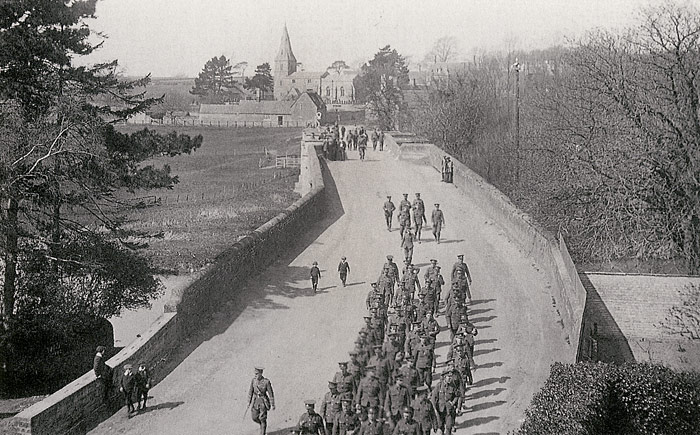