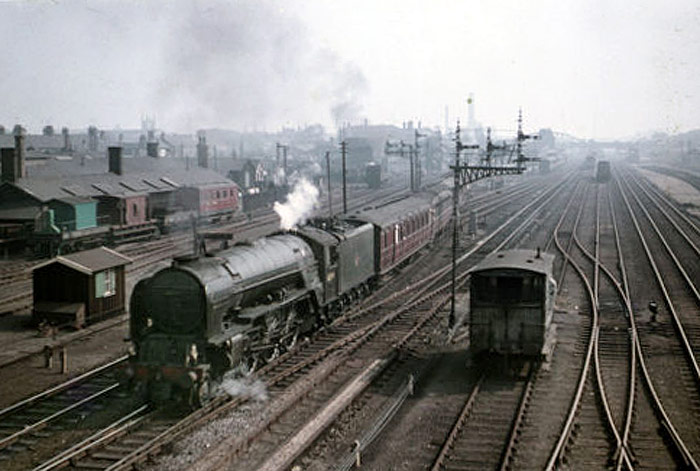 A1 Pacific No. 60114 W.P. Allen departing Peterborough North station with a northbound train.

W.P. Allen was a prominent trade union official who began his railway career on the Great Northern Railway then became a member of the Railway Executive.  Naming a locomotive after such a person rather than directors reflects the fact that the A1s entered service during a Labour Government’s tenure. It was the only A1 to be named for eighteen months and the only one to carry a name while in apple green.

The engine was withdrawn from service on Boxing Day 1964 and was scrapped at Blyth, Northumberland in late 1965.