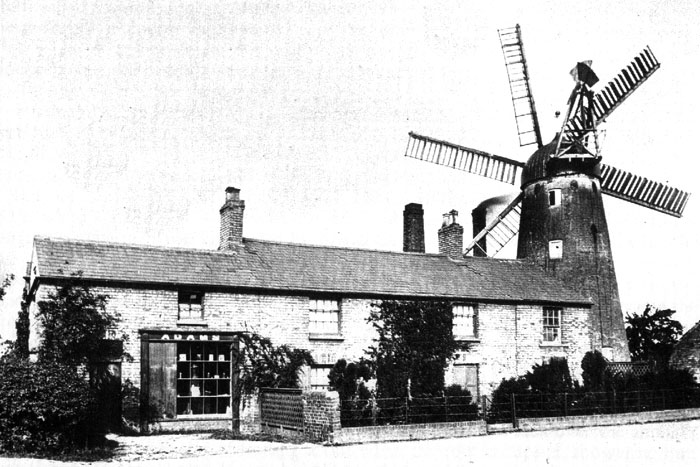 The original photo was taken in the early 1900s but the mill dated back to 1831 and even before then there was an old “post mill” on the site that dated back much further.

John Adams took over in 1846 having formerly operated the mill at Fletton (Tower Mill) and it became known locally as “Adam’s Mill”. The mill stopped working around 1916 and was largely derelict by 1923. In 1937, it was sold to garage owners for redevelopment hence the local “Adam’s Garage” and “Adams of Peterborough”, as well as the nearby Windmill public house and Windmill Road. The stump of the old mill remained on the forecourt of the garage until very recently.

In 2009,  the site offered a decidedly unspectacular scene with the Jet petrol station, albeit the Windmill Pub continues to do business directly across the road. 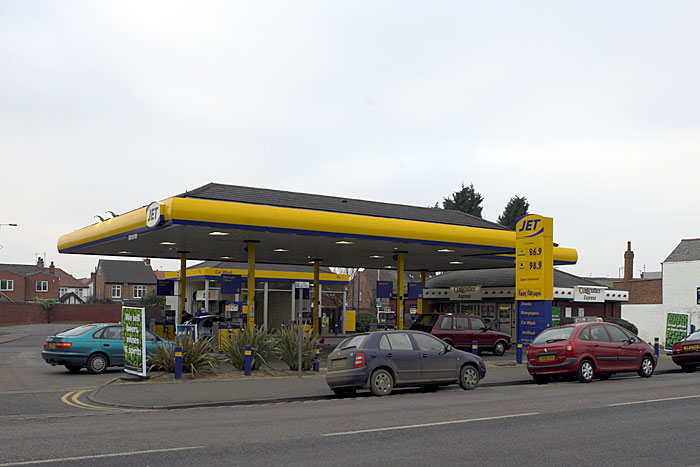