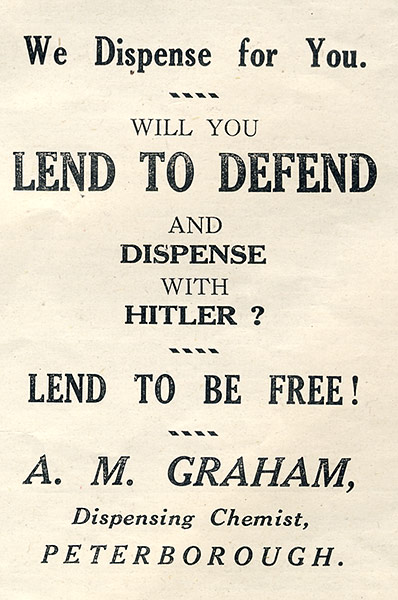 No idea where AM Graham chemists was based but a wonderfully jingoistic advert in the 1941 Warship Week fundraising leaflet !

Richard Morris confirms, “Alister Graham had his first shop in Bridge Street opposite the town hall up to the fifties then eventually moved into Cowgate opposite Cross Street where there was also the Peterborough Standard offices and print works”.