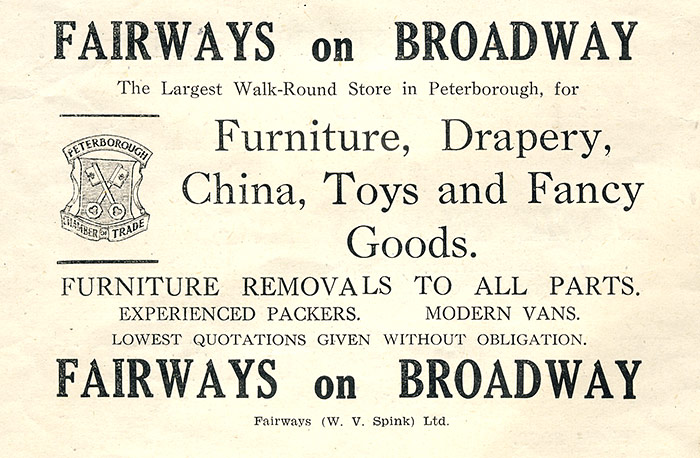 A wartime advert from Fairways on Broadway who I’m pretty sure operated into the 1970s if not beyond. Anybody remember them ?

Richard Morris does …… “I remember visiting Father Christmas there ! Also, the owner of Fairways was Vic Spink and his manager was a Mr Garn. It was situated in what they used to call the Regent Buildings where now the New Public library is built. My father used to own Eastern Cleaners for a while which was also in that same block of shops”.