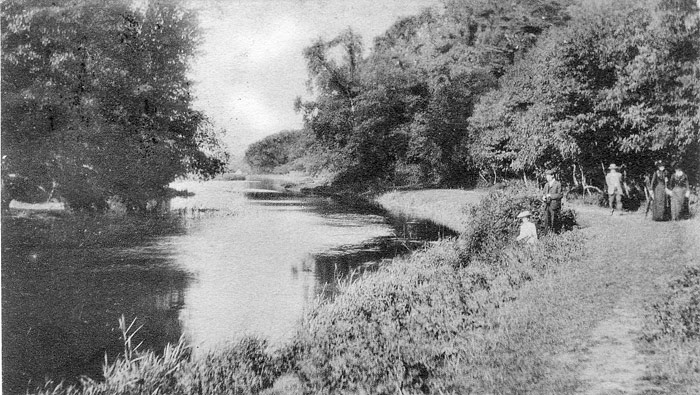 A lovely scene from around 1914 showing people doing what people did in those days at the Lynch – strolling along the river bank. Sadly, today the woods to the right have descended and reclaimed the riverside path leaving strollers to walk higher up the bank with only occasional views of the river to be had. It would be nice to see the bankside vegetation cleared away and the path returned to its former glory.

The apparant natural steep bank or cliff to the right was actually formed by the quarrying of “Alwalton Marble” which was used extensively around the East Midlands and is also well represented in Peterborough Cathedral.