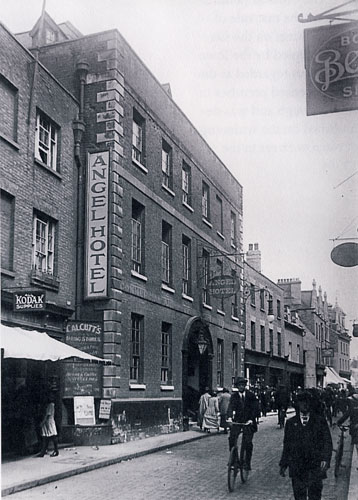 Prior to the building of the current day WH Smiths building, the corner of Priestgate and Bridge Street was the site of the Angel Hotel which had existed on the site since the late 1400s.

During it’s existance, the Angel was the sporting HQ for the city with major sporting events administered on the site and was also the centre for local Tory politics.