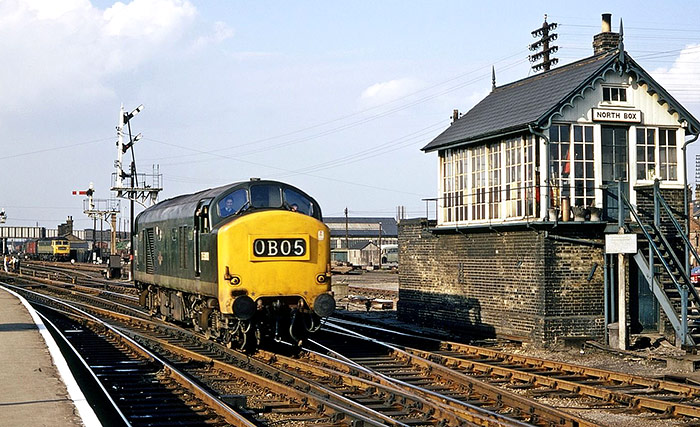 “Baby Deltic” D5903 cruising into Peterborough North in 1968, just a few months before being withdrawn and subsequently cut up at a Kettering scrapyard.

The term “baby Deltic” came from the turbocharged Napier Deltic engine on board and to distinguish the nondescript class from the full on Class 55 twin-engined Deltics that became the East Coast Mainline workhorses for many years.