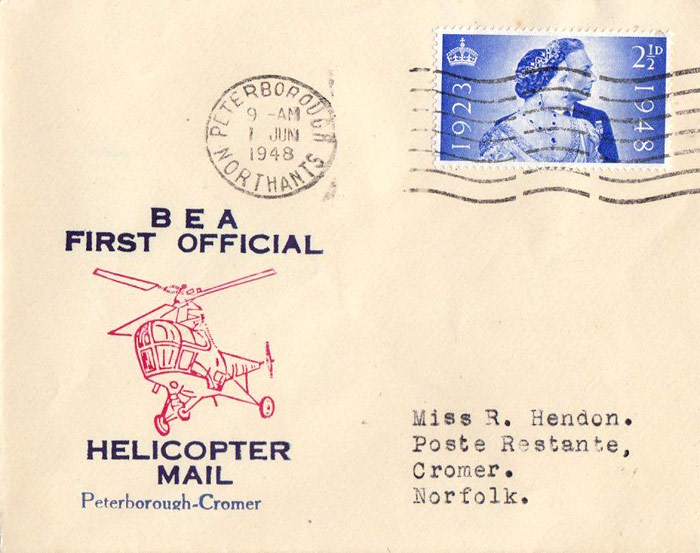 The helicopter mail was an experimental service using a fleet of five helicopters from the USA (three Sikorsky S-51s and two Bell 47s). Dummy runs were made from their base in Yeovil and proved successful so an official service was launched on 1st June 1946 from Westwood Airfield, Peterborough to numerous destinations to the East.

The service continued until March 1950. 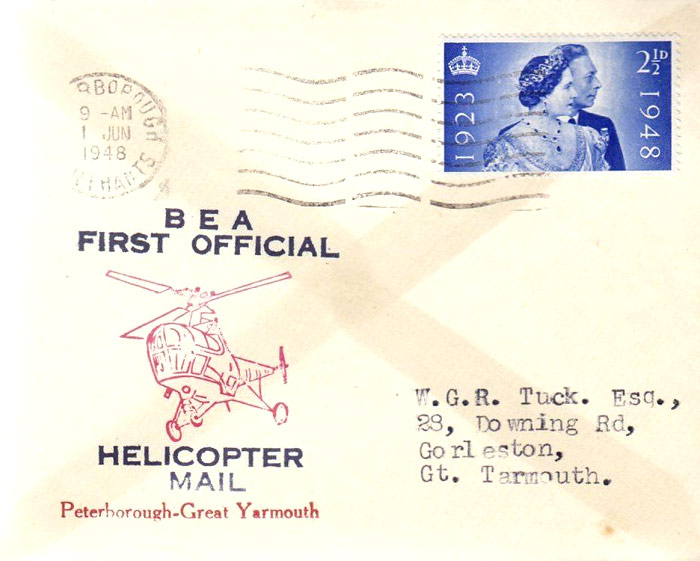 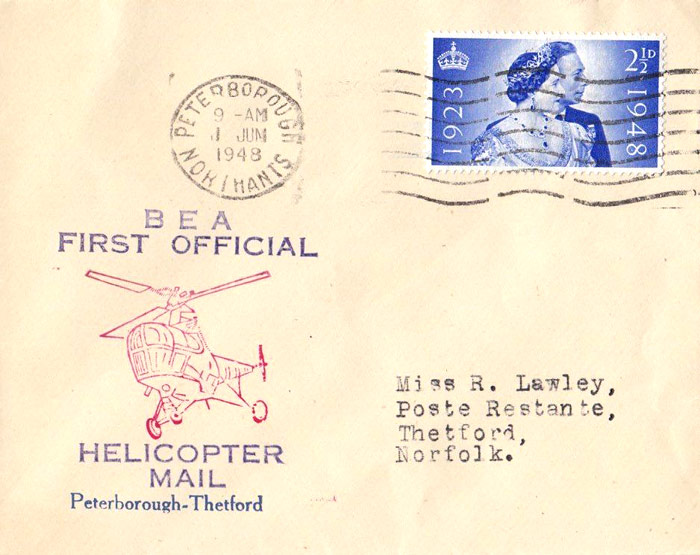 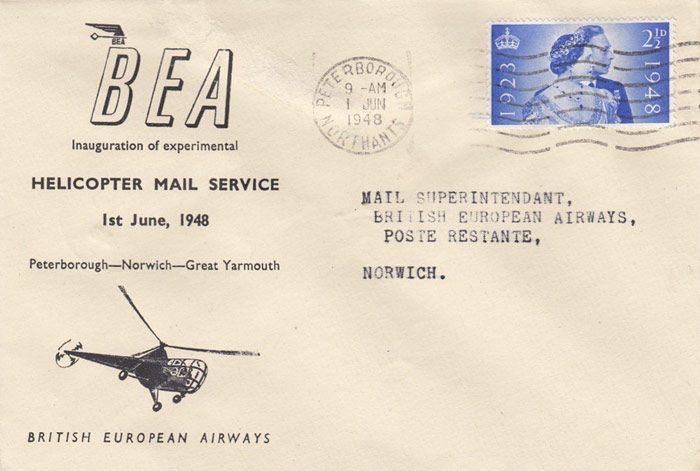