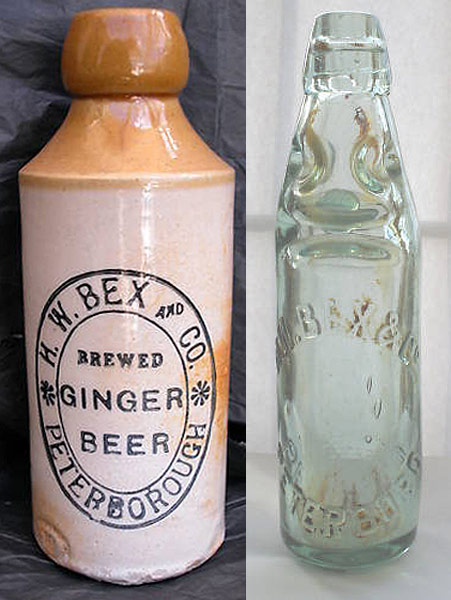 A classic stone ginger beer bottle and an old glass Codd-neck bottle from the early 1900s and stamped with the mark of WH Bex who were mineral water manufacturers based in Manor House Street between Lincoln Road and Park Road.

Herbert William Bex was born in Northampton in 1869, son of Surrey born William Bex who married a local Peterborough girl before establishing a “soda water” business in Fitzwilliam Street in the 1880s with John Tilbury who was landlord of the Bell & Oak pub in the Market Place. William passed the business to his son Herbert who was based initially at 45 Lincoln Road and then 18 Dogsthorpe Road.