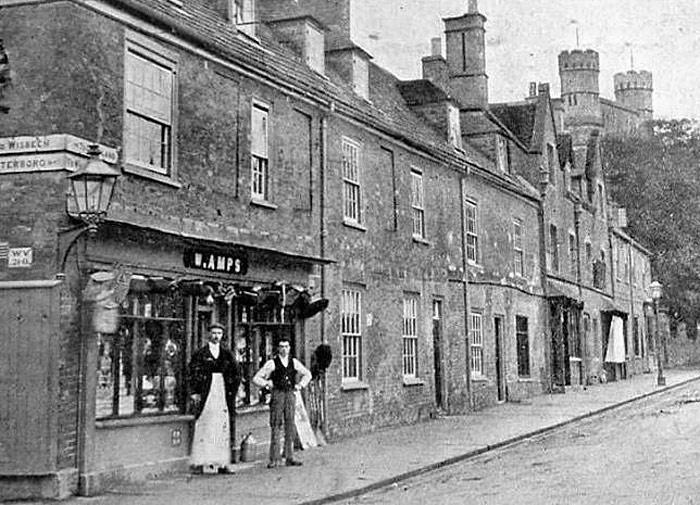 The Grocery store of William “Billy” Amps on Abbey Place next to the main crossroads in Thorney – date unknown. The store was opened in 1891 by Billy’s older brother John who moved to open a similar store on Market Place in Oundle in 1901, leaving Billy in charge where he remained until c.1922.

The Amps family business remains in Oundle today (2016) where they specialize in “fine wines” just off the Market Place.