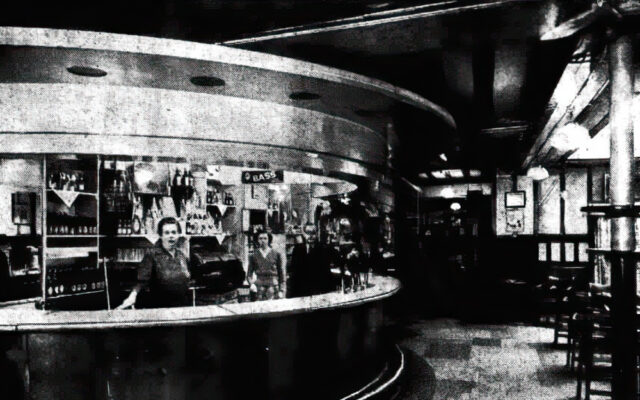 A rare photograph of the interior and bar area of the Black Boy & Trumpet pub on Long Causeway, taken in 1955.

The pub was built in 1630, initially as a coaching inn for horse drawn coaches heading to and from London but that traffic declined after the Great North Road was built around the city.

The name Black Boy & Trumpet came from the 1600s when the terminating London stage coach used to carry a young black boy alongside the driver who always blew a post horn as the coach approached the venue. The coach would stop overnight and the talented young lad became very popular in the bar with a repertoire of singing, dancing and playing tunes on his horn.