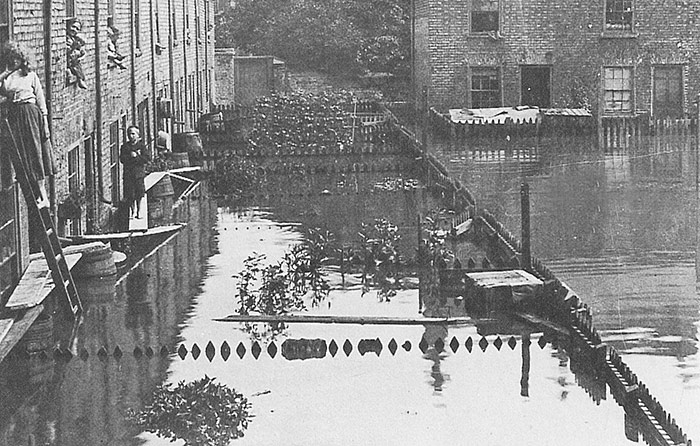 The area behind (Broad) Bridge Street, now occupied by the likes of Asda and the Rivergate developments, was once a network of well populated “yards” that had the misfortune of being too close and too low down in relation to the river and was often flooded as a result.

This photo was taken during the infamous August 1912 floods at Bodgers Yard, named after a store that fronted on Bridge Street. Today, Bodgers Yard would be in the area between the Asda and Iceland stores !