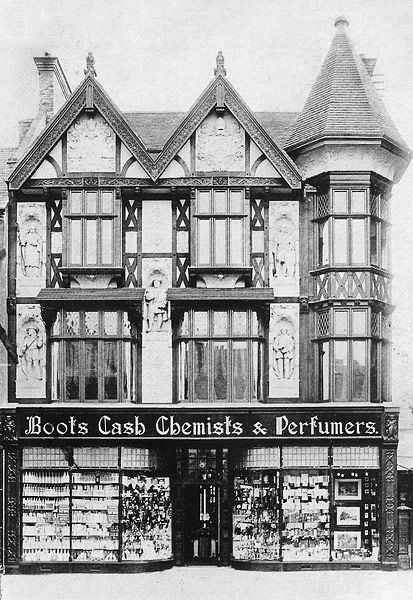 One of the few buildings in the city that can claim to look as good, if not better, than it did 100 years ago ! The Elizabethan appearance of the building is false though as it was only built in the early 1900s.

This early Boots store, pictured around 1912, was not their first base in the city as they had previously been sited in Westgate between the Bull Hotel and Westgate House.