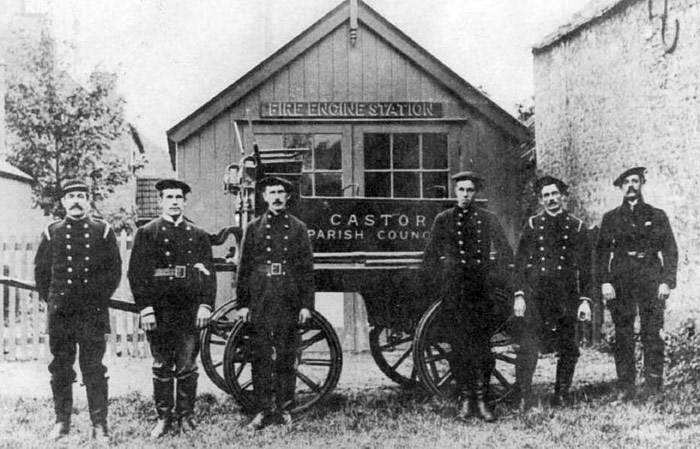 The locally funded Castor Fire Brigade standing in front of the engine house on the village green in 1912. The force was disbanded in 1939 when the Fire Brigade Act passed responsibilities to the Peterborough brigade.

Peter Ashpool clarified, “The brigade was not disbanded, it became part of the AFS-NFS during WW2. In 1948, when the NFS brigades were returned to their pre War authorities to run, many villages lost their brigades then”.