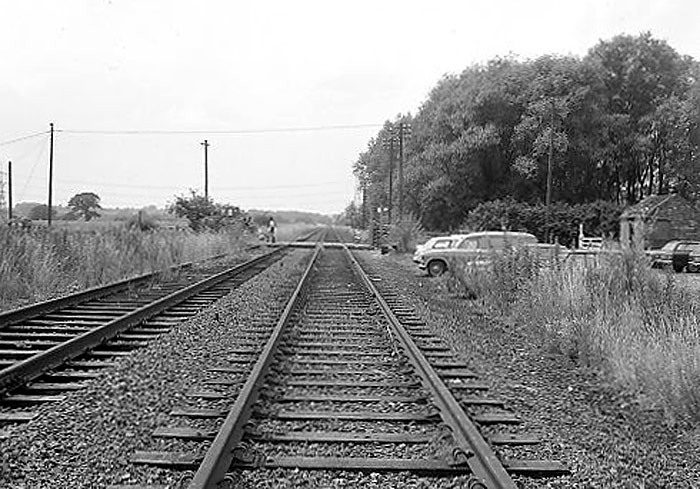 The site of Castor station pictured some time in the mid-late 1960s. The station closed to all traffic in 1964 and was demolished soon after. The hard standing where the cars are parked in this image is still in existance today if you scratch away the top layer of natural debris !

Across the line to the left – and also still evident today – is a large crater caused by the impact of a V1 Flying Bomb in WW2 which caused damage to the station buildings.