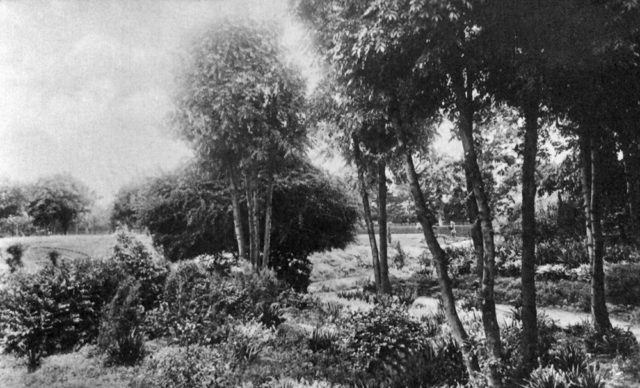 A fairly straight forward photo of Central Park that featured on a postcard sold by FW Elmer, Stationers and Newsagents of 343 Lincoln Road and sold under license from Raphael Tuck & Sons of London who specialised in postcards based on real photographs rather than prints.

The company built up a huge and priceless collection of early images dating back to 1866 but tragically the 40,000+ photographs were lost during the night of 29 December 1940 as a result of a heavy wartime raid that levelled their base at Raphael House.