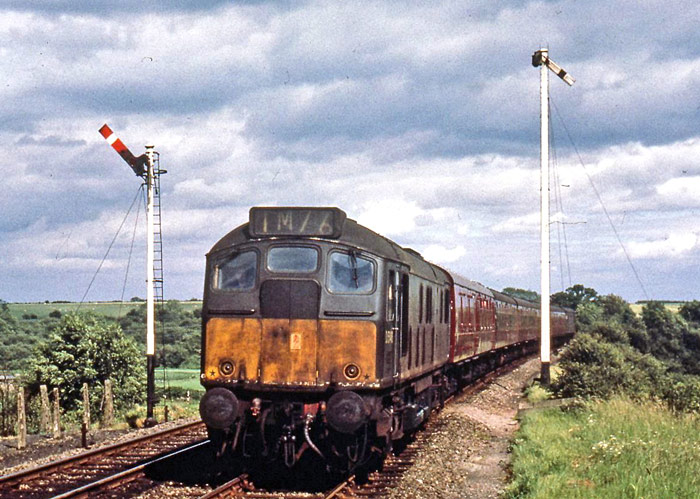 The same loco was lucky to survive this long having been at the head of a freight train derailment in 1963 at Weedon in Northants that saw a passenger train plough into the derailed wagons.

D5146 was eventually withdrawn along with most of the class in early 1976.