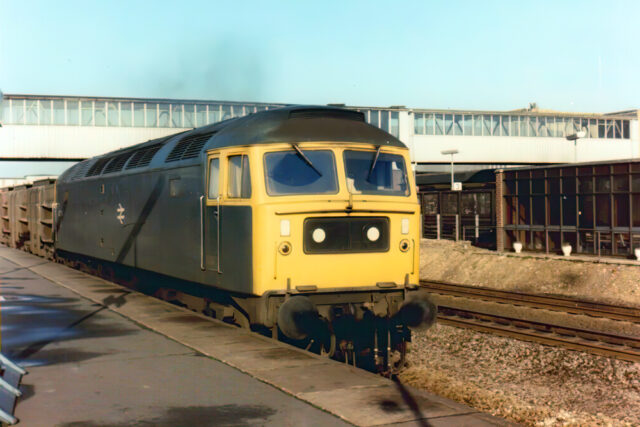 Immingham based Class 47 “Brush 4” #47299 moving through Peterborough station with a Fletton Fly Ash train in February 1983.

This locomotive had a bizarre history having been christened #47216 until the end of 1981, when a clairvoyant contacted British Rail to say she had a recurring vision of a fatal train crash involving a big blue engine with the number 47216 hauling oil tankers.

Depot managers were warned that her predictions had previously been taken very seriously by the police, and so made a special application to headquarters to change the loco’s number. This was normally only done after major refurbishments, but permission was given to change it to #47299.

On 9th December 1983, a freight train collided with a local passenger train at Wrawby Junction in North Lincolnshire that caused the front carriage to topple over, instantly killing one of the passengers onboard. The engine hauling the freight train was …… #47299 !