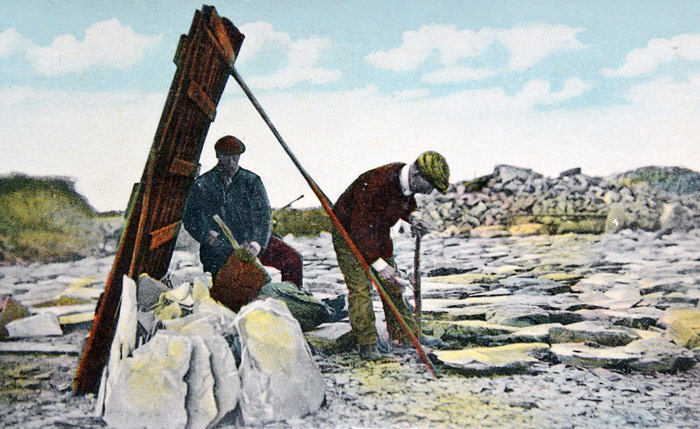 A rare Edwardian postcard showing slate quarrying in the village of Collyweston and a photo of a miner working in one of the slate mines.

Collyweston slate was actually a form of limestone that was mined and weathered over several years to allow the frosts to split the stone such that it could be used as a heavy form of slate. Most buildings within ten miles of the village were roofed with Collyweston slate.

The Collyweston slate mines started to struggle once the railways allowed Welsh slate to be “imported” into the area and the last mining ceased in the 1960s.