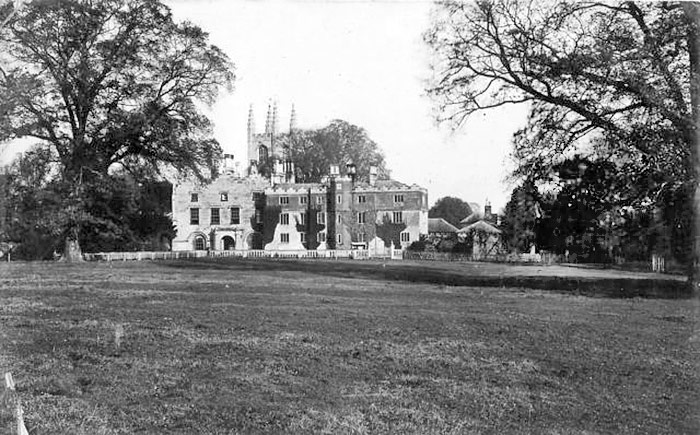 A rare shot of Conington Castle from around 1912. The castle was situated just south of Conington, a mere stone throw from the present A1(M) and dated, in part, back to the 1500s. Conington Castle was demolished in 1953 but a former stable block and Butlers accommodation remain and have been turned into a family home called Conington House which is now owned by the Rochester Bridge Trust Foundation.