The Peterborough Corn Exchange on the left, which became the site of the Central Post Office which, in turn, was demolished in 2009 to form part of the new “open-space” area in the centre of the city.

The Corn Exchange was built in 1846 and opened on 24th November 1848 on the site of an old theatre and went on to become reputedly the busiest Exchange in the region right up to WW2 when it was badly damaged by a German incendiary bomb. 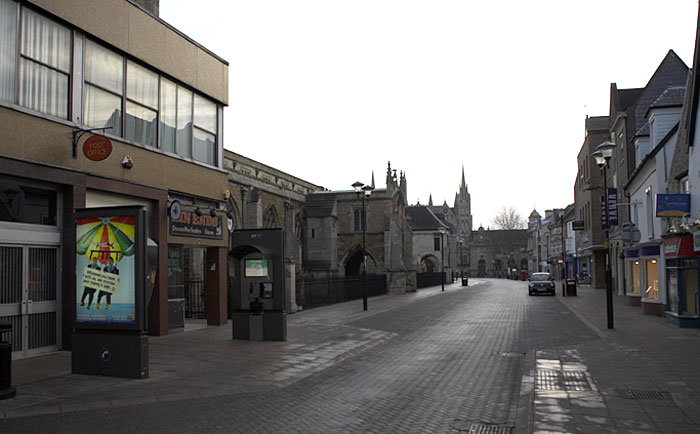