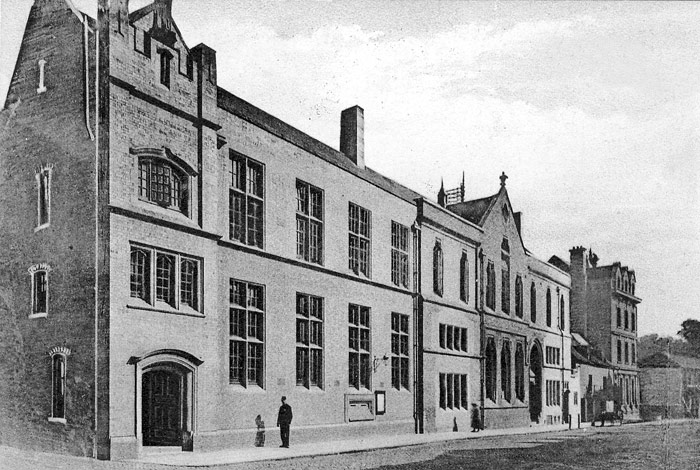 The magnificent post office building on long lost Cumbergate. The city’s first post office was in a small premises on Priestgate but this much grander location took over from 1874 and remained fit for purpose until the emergence of Queensgate in the 1970s.

If you want to imagine the scene today then you would be staring at the main inside entrance to Boots the Chemists in Queensgate with the Hair Salon and Jessops in the distance. The original route taken by the dog-legged Cumbergate would have followed the walkway inside today’s Queensgate, entering at the Boots entrance and exiting at the Argos entrance.